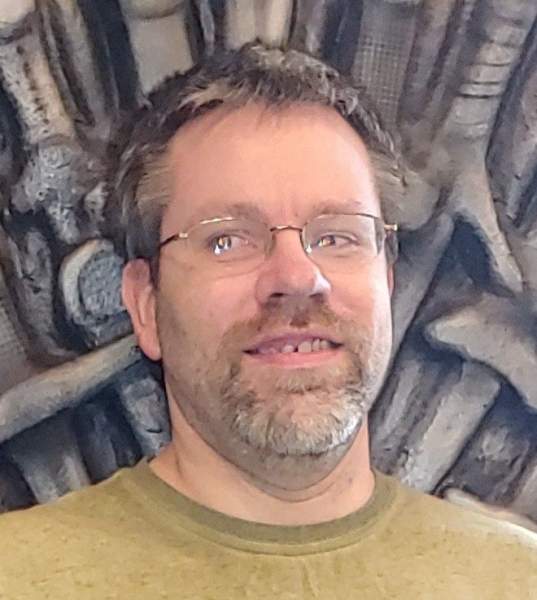 Wesley Bryan Webb, age 40 of Clinton, TN passed away on Sunday, September 12, 2021 at Methodist Medical Center in Oak Ridge, TN. He was known as being gifted and very talented in playing a keyboard, and also played in the chorus at the T.S.B. (Tennessee School for the blind) in Nashville, TN. He also played the keyboard at church. Wesley loves the Lord and was saved at the age of 16 at Gospel Baptist Church in Clinton, TN. Everyone who new him loved him dearly, and he never met a stranger. Wesley liked to read books and would listen to them on CD’s. He also enjoyed playing video games.

Wesley is preceded in death by his step dad, Jeff Powell; Nonnie, Donna Kelly Hill; and Papaw Ron, Ronald Pence.
Wesley is survived by his mother, Dawn Powell of Clinton, TN; grandparents, Herman Hill, and Doug and Wilma Powell; brother, Michael Jeffrey Powell of Clinton, TN; aunts and uncles, Devon Hill, Todd Hill, Ronnie Pence, Julie Windish, and Kathy Giles; special cousins, Amanda Smith, Cari Phillips, Aaron Hill, Justin Lance; and a host of other relatives and friends.
Wesley’s family will receive his friends from 6:00pm – 8:00pm on Thursday, September 16, 2021 in the chapel of Jones Mortuary. His funeral service will follow at 8:00pm with Rev. Verlin Langford officiating. Wesley’s interment will be 11:00am on Friday, September 17, 2021 at Anderson Memorial Gardens in Clinton, TN. Jones Mortuary in Clinton, TN is in charge of all arrangements.

To order memorial trees or send flowers to the family in memory of Wesley Bryan Webb, please visit our flower store.