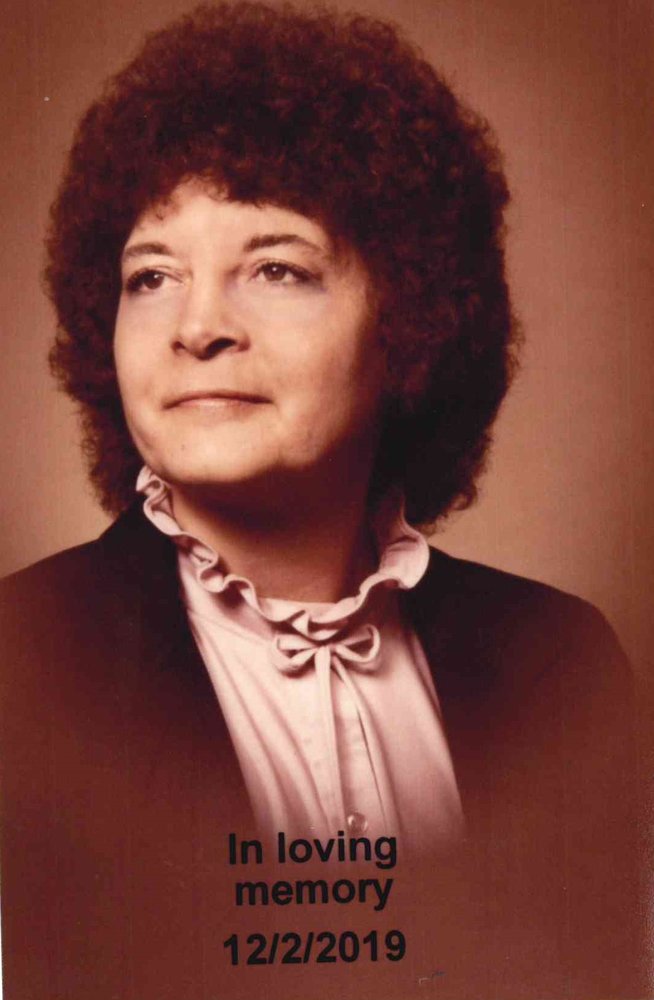 Wanda Lou Fritts age 77 of Oliver Springs, TN passed away suddenly on Monday, December 2, 2019 at approximately 5:00 in the morning at the Oak Ridge Medical Center in Oak Ridge, TN. Wanda was born May 25, 1942 Walter and Juanita A. Seiber. She was raised in Frost Bottom but, eventually married Oscar Fritts on March 16, 1963 when she was 19 years old. They began there family shortly after she gave birth to her first son, Perry in 1964 following was Michael in 1966 and Brian in 1971.

Wanda was always a choir singing, front porch swinging, strong willed, selfless and God-fearing woman. She always led by example and inspired many with her positive anticipation of her heavenly home. She grew her faith, her flowers and her children stronger with each passing day. The undeniable love she had for the ones closest to her was always shown in her sewing and quilting. I saw her hands sew for hours upon hours at a time until her hands started to slowly started to give up on her. She always greeted you with a warm smile, two opened arms and expected you to leave with a full belly. Her true passion was cooking only the best Southern foods and beaming with pride as she watched her dining room fill up with her loved ones. Even if you were late or couldn't stay long, she still expected you eat or take a plate to go. She was also very prideful of her housekeeping. The house was clean tidy and dinner could be on the stove in just minutes- that's just who she was. She enjoyed making many new friends on her weekly trips to Bingo and playing card games with her grandkids during summer break. One thing she did not lack was Love. She instilled that endless and unconditional love into each and every one of her children and grandchildren. She raised her three sons to always be humble. They all three hold onto those morals that were taught over the years.

Celebration of life services For Wanda Lou Fritts will be announced at a later date.

"Little did we know that morning that God was going to call your name. In life we loved you dearly, in death we do the same. It broke our hearts to lose you, you did not go alone; for a part of us went through you the day he called you home. You left us peaceful memories, your; love is till our guide: and though we cannot see you, you are always at our side. Our family chain is broken, and nothing seems the same; but as God calls us one by one, the chains will link again".

Jones Mortuary in Clinton, TN is in charge of all the arrangements for Wanda Lou Fritts.

To order memorial trees or send flowers to the family in memory of Wanda Lou Fritts, please visit our flower store.