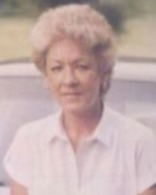 Virginia Stone Tokes, age 89, of Clinton, TN, passed away at Norris Health and Rehabilitation Center on Friday, January 20th, 2023. She was born in Robbinsville, NC to Park and Ada Stone. After graduating from high school, she joined the U.S. Air Force during the Korean War. She was stationed at Selfridge Air Force Base in Michigan where she met and married Edward Tokes when he returned from Korea. After leaving the service, they moved to Akron, OH.

Virginia worked for BF Goodrich Tire Co. and later Roadway Trucking Co. When she retired, she moved to Clinton, TN to be close to her siblings. They enjoyed many memorable gatherings, especially time spent at the Higdon Family Farm in NC.

She was preceded in death by her son, Robert; sister, Doris (Charles) Higdon; brother, Robert Stone.

To honor Virginia’s wishes, no services will be held. Jones Mortuary, LLC. in Clinton, TN has been entrusted by the Tokes Family.

To order memorial trees or send flowers to the family in memory of Virginia Lee Tokes, please visit our flower store.