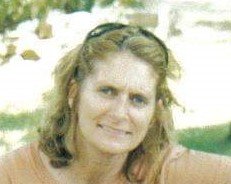 Sounal Gail Berry, better known as Gail, age 61 of Clinton, TN passed away on Thursday, November 22, 2018 at the University of Tennessee Medical Center in Knoxville, TN. Gail enjoys spending time with her grandchildren and volunteering at the Senior Center in Clinton, TN. Sheloved to do crafts, grow flowers, and have a yard sale.

Gail's family will receive her friends from 6:00pm - 8:00pm on Tuesday, November 27, 2018 with her funeral service to follow at 8:00pm in the chapel of Jones Mortuary with Rev. Josh Hawkins officiating. Gail's interment will be at 2:00pm on Wednesday, November 28, 2018 at the Circle Cemetery in Briceville, TN. Jones Mortuary in Clinton, TN is in charge of all arrangements.

To order memorial trees or send flowers to the family in memory of Sounal Gail Berry, please visit our flower store.
Send a Sympathy Card