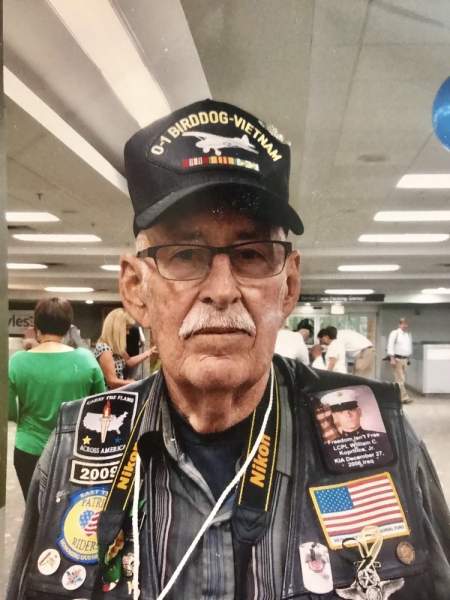 Robert Francis McIntyre age 80 of Clinton, TN better known as "Bob" passed away surrounded by his family on June 22, 2017. He was a member of Our Lady of Perpetual Care Catholic church in LaFollette, TN. He proudly served his country in the United States Air Force where he reached the rank of Master Sergeant and also served in Vietnam. Bob enjoyed hunting and fishing and riding his motorcycle. He was a member of several groups including the Patriot Heart Riders and S.O.A.R. Sportsman Gun Club. He is preceded in death by his mother and father, Mr. Glenn Thomas McIntyre Sr. and Mrs. Dorothy Agnes Clark McIntyre;sister, Judith Ann Jenkins and her husband, Buddy.

Bob is survived by his loving wife Ruth Anne McIntyre of Clinton TN, his daughter, Tina Peterson and her husband Randy of Clinton TN; brothers, Glen Thomas McIntyre Jr. and his wife Jean of Heiskell, TN; sister, Jackie Sue Flippen and her husband, Pete of Kingston, TN; six grandchildren, several nieces and nephews, and a host of friends and relatives. He will be greatly missed by "his special girl" Moxie. Bob's services will be held Thursday, June 29, 2017 with a receiving of friends from 6:00pm - 8:00pm in the chapel of Jones Mortuary with a celebration of life immediately followingat 8:00pm with Father Julius Abuh officiating. Interment will also be Friday, June 30, 2017 at 2:00pm in theEast Tennessee State Veterans Cemetery in Knoxville, TN. In lieu of flowers a donation can be made to the Wounded Warriors Foundation in Bob's honor.

To order memorial trees or send flowers to the family in memory of Robert Francis McIntyre, please visit our flower store.