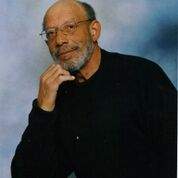 Serving 25 years in the United States Air Force, Master Sergeant Monk proudly served two tours in the Vietnam war. After travelling the world and earning many decorations throughout his military career, Ray retired and made a home with his family in the Powell, TN community in 1987. He worked for Martin Marietta as an Industrial Hygienist until he decided to fully retire in the year 2000.

Ray will be lovingly remembered by his wife and best friend of 50 years Peggy "Marge" (Fields) and their sons Raymond "John" Jr. (Tara) and Parrish "PG" (Sharahn). He will also be fondly remembered by his grandsons Adam, Adrian and Kadin, his brother Jonathan "Butch," his sister Shelly Guess and numerous nieces, nephews, extended family and friends.

Ray's family will receive his friends from 11:30 am - 12:30 pm on Friday, June 29, 2018 with his celebration of life to follow at 12:30 pm at his home church, Claxton Church of Christ in Claxton, TN with Pastor Tim Forlines officiating. He will be interred at 2:00 pm with full military honors at East Tennessee State Veteran Cemetery. Jones Mortuary in Clinton, TN is in charge of all arrangements.

To order memorial trees or send flowers to the family in memory of Raymond John Monk Sr, please visit our flower store.