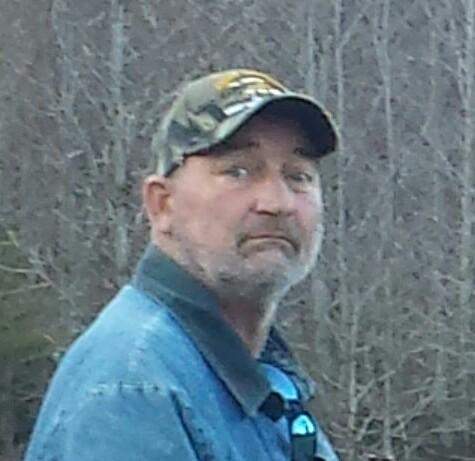 Ray Patterson, age 57 of Briceville, TN passed away on Wednesday, November 23, 2016 at his home. He was a loving husband, father, and grandfather. Ray was an avid fan of NASCAR and Dale Earnhardt. He enjoyed the outdoors, camping, fishing, and hunting. His best friend was his dogs, Jasper and Stretch. Ray was always a jokester and liked to make people laugh. He was a member of Indian Bluff Baptist Church in Briceville, TN. Ray is preceded in death by his parents, Elmer and Billie Patterson; mother in law and father in law, Jean Doris and Shirley Braden; brothers in law, Arvil Phillips, and Leon Phillips; and nephew, Anthony Phillips. Ray is survived by his wife, Sandy Patterson of Briceville, TN; son, Joshua Patterson and wife, Brandi of Clinton, TN; brothers, C.E. Patterson and wife, Bernice of Lake City, TN, Kenny Patterson of Clinton, TN, and Alvin Patterson and wife, Veronica of Lake City, TN; sisters, Helen Powers and husband, Dennis of Clinton, TN, Bertha Phillips of Clinton, TN, and Kathy Phillips and husband, Lester of Wartburg, TN; 4 grandchildren, Christy, Katlyn, Joshua Jr., and Madison, and a host of other relatives and friends. Ray’s family will receive his friends from 6:00 pm – 8:00 pm on Saturday, November 26, 2016 with his funeral service to follow at 8:00 pm in the chapel of Jones Mortuary with Rev. Jimmy Alt officiating. Ray’s interment will be at 2:00 pm on Sunday, November 27, 2016 at the Bill Patterson Cemetery in New River, TN. Jones Mortuary in Clinton, TN is in charge of all arrangements.
To order memorial trees or send flowers to the family in memory of Ray Patterson, please visit our flower store.