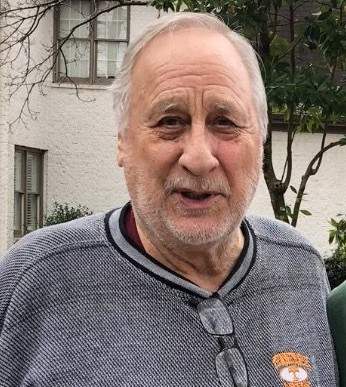 Ralph “Sam” Hinch, age 79, passed away at his home in Clinton, TN on Thursday, April 28th, 2022. Sam played basketball while attending Jacksboro High School and was awarded a scholarship to King College in Bristol, TN where he obtained a bachelor’s degree. While attending King College, Sam was the captain of the basketball team. Throughout his adult years, he stayed in contact with his former teammates. He loved the UT Vols and Pat Summit. Sam dedicated his time to his career in distribution sales, and in his free time he enjoyed woodworking, cooking, and living the simple life on his farm in Clanton, AL. He is very well-known for his chocolate pecan pie. A favorite book of Sam’s, which is one that he passed along to all of his friends was “Flight Path” by Dr. Frank Barker. He will be deeply missed by his family and friends whom he leaves behind.

The family will receive friends in the Chapel of Jones Mortuary on Sunday, May 1st, 2022 from 1:30 p.m. until 2:30 p.m., and Sam’s Celebration of Life will begin at 2:30 p.m. with Pastor Brian Riggs officiating. In lieu of flowers, the family has asked that you consider donating to the American Diabetes Association. Jones Mortuary, LLC. in Clinton, TN is in charge of arrangements.

To order memorial trees or send flowers to the family in memory of Ralph Samuel Hinch, please visit our flower store.