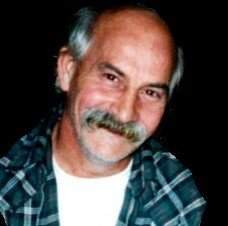 Paul David Jones, age 68 of Rocky Top, TN, passed away, dadgumit, at his home on Friday, January 15, 2021. He was a member of Tennessee Hollow Baptist Church and a former employee of Jones Mortuary. Paul loved the outdoors, hunting, fishing and was a talented taxidermist. He will be always be remembered as a loving husband, father and grandfather. Paul is preceded in death by his parents, Harvey and Irene Jones. He is survived and will be dearly missed by his wife, Connie Jones; son, Joey Jones of Rocky Top, TN; daughters, Angie Johnson and husband Chad of Chattanooga, TN and Mendy Plummer and husband Troy of Andersonville, TN; grandchildren, Alyia Hope Plummer, Marcus Jones and Matthew Austin Plummer; brothers, Charles Jones and wife Trudy of Rocky Top, TN, and Robert Jones and wife Kathy of Clinton, TN; sisters, Mary Wilson and husband Jerry of Knoxville, TN, Porsha Burris and husband Sammy of Knoxville, TN, Brenda Wilson and husband Paul of Caryville, TN, Carolyn Rhea and husband Dink of Clinton, TN, Betty Perry and husband Darrell of Powell, TN, Josie Taylor and husband Rick of Knoxville, TN and Lisa Seiber and husband Bob of Lake City, TN; a host of nieces, nephews, extended family members and friends. Family and friends can call at their convenience on Monday, January 18th from 11:00am-3:00pm in the Chapel of Jones Mortuary. A private family service will be held Tuesday, January 19th. Online condolences for the family may be expressed at www.jonesmortuaryllc.com. Jones Mortuary in Clinton, TN is in charge of all arrangements.
To order memorial trees or send flowers to the family in memory of Paul David Jones, please visit our flower store.