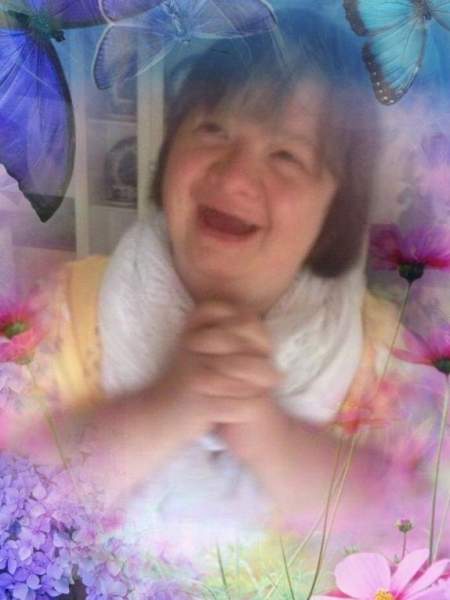 Melissa Renee Mayes (Missy), age 50, passed with peace and grace with her loving family at her side on Monday, September 17, 2018 at her home.

Preceded in death by her grandparents: Milton and Henrietta Mayes, and Dave and Nadine Morrison, Uncles: Jerald, Ronnie, and James Mayes, and Earl Morrison; aunts: Anna Ruth and Alta Mayes, and Corella Childs.

Missy was born on September 9, 1968 and was truly a gift from GOD. She was very special as she was born with Downs Syndrome and wasn't expected to live a long life. Missy was a blessing not only to her family but to every life that she touched for 50 years. Missy attended the Emory Valley Center in Oak Ridge and made numerous friends while she was there. Her smile, laughter and voice will forever remain in our hearts. The Earth was a better place because she was here.

A celebration of her life will be held on Friday, September 21, 2018 at Jones Mortuary in Clinton with receiving of friends from 5-7 pm with a memorial service immediately following at 7pm in the chapel of Jones Mortuary with her uncle Rev. Jerry Day will be officiating.

The family requests in lieu of flowers that donations be made to the Emory Valley Center in Oak Ridge.

Thanks be to GOD for a beautiful journey with one of His most precious angels on Earth. Amen.

Jones Mortuary in Clinton, TN is in charge of all arrangements.

To order memorial trees or send flowers to the family in memory of Melissa Renee Mayes, please visit our flower store.