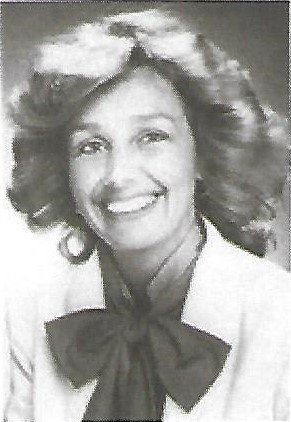 Mary Hellen 79 departed this Life July 12, 2020. Arrangements by Joseph A Scarano Pines Memorial Chapel-9000 Pines Boulevard Pembroke Pines, Florida 33024. Please keep the Kosak family in your prayers. Precious in the sight of the Lord is the death of His saints (Psalm 116:15)After a long and frustrating battle with Alzheimer's Disease, Mary Hellen Battle Kosak, recently succumbed. Never a woman to give up without a fight, she dealt with this issue for 1 1 years, beginning in 2009. Hellen's life was one of adventure. She was one of those unique individuals who could easily be described as one "who would go through Hell for a Heavenly cause". I met Hellen in 1981 when she was the area director for the 700 Club counseling center. That center was manned strictly by volunteers who would answer the phones when someone viewing the 700 Club TV show would call in for prayer or counsel. I was one of those counselors. Hellen was an excellent student. She graduated from Oak Ridge High School in Tennessee in the class of 1958, as the class valedictorian. As she continued her studies, partially at Vanderbilt and then Abilene Christian College, she became fluent in Spanish, and eventually German. She earned a Master's Degree in Social Work from Union Theological Seminary. She taught English in Mexico for a few years, and moved to Spain for a time, polishing her language skills. She eventually moved on to West Berlin, Germany, still a student. While living in West Germany in the 60's, she wound up in an East German prison, convicted of "Escape Help", and that conviction came as a result of a simple conversation with a young man who really wanted to escape from the East and head for the West. Hellen was put on trial and sentenced to 4.5 years m prison. She was imprisoned in a former Nazi prison near the Polish border in the town of Bautzen, known for its incarceration of political prisoners. Her story is long, detailed, and filled with much intrigue, but eventually, British writer and philosopher Bertrand Russell heard of her plight, and because he was a socialist who had President Lyndon Johnson on "trial" for crimes in Viet Nam, he was listened to by the communist authorities in East Germany. After serving one and half years of her sentence, Hellen became part of a prisoner exchange where she was repatriated to the West. Her story made headlines all over, resulting in her appearing on classic television shows like "To Tell the Truth", "Merv Griffin" and a few others. Hellen wrote an excellent book titled "Every Wall Shall Fall", in 1969, and it was without question, prophetic. In 1977, Hellen moved to Israel and spent 3 years offering her services to Israel and the Jewish people, her first year spent on a kibbutz. She came back to the United States in 1980, and twenty years after she had been released from the East German prison, and wrote her book, the wall separating East and West Germany fell on November 9, 1989. I, Gary, got to know Hellen from working regularly as a volunteer in the 700 Club counseling center in Hollywood, Florida. In 1981 we both traveled to Berlin, escorting a Jewish Holocaust survivor on her first return to Germany since World War II, where she was held captive by the Nazis at Dachau, near Munich. This precious lady, as a Jew, had found her Messiah, and was asked to speak at the Olympiad Stadium in West Berlin. The Wall had not yet fallen. There we ministered to an East German couple who had just been released from communist East Germany, and we opened a bottle of champagne together, and toasted each other standing next to that infamous concrete wall which had another 8 years before it would come down. Hellen and I were married in 1983 and I soon learned that I had a veritable dynamo as a wife. She had an undaunted energy to help people. She prayed for, and counseled people, taught open bible studies, and spoke at various venues. A turn of events, in our family situation where I lost my job, found us watching the collapse of the Berlin Wall on November 9, 1989. We turned to each other and decided to move to Germany where I already had been offered a job as an airline captain for a small German airline. We moved back to America in 1994, lived in Palm Harbor, Florida, and eventually came back to the Miami area. Hellen was afflicted with Alzheimer's Disease in 2009, and from that time has continued to endure the ravages of that disease until she went home to be with the Lord on 12 July 2020. The family will receive friends on Wednesday, July 22nd from 10:00-11:00am in the chapel of Jones Mortuary with an interment to follow at Anderson Memorial Gardens. Jones Mortuary in Clinton, TN is in charge of local arrangements.
To order memorial trees or send flowers to the family in memory of Mary Hellen Kosak, please visit our flower store.