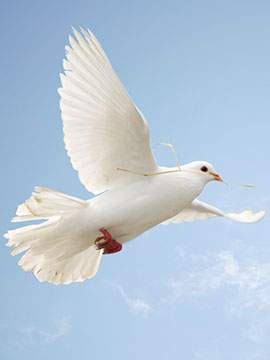 Larry McDaniel age 66 of Powell, TN passed away on Tuesday, January 30, 2018 at his home in Powell. Larry was a loving father and grandfather. Larry was a Vietnam veteran and served in the US Army honorably. He never met a stranger and could have a conversation with anyone who crossed his path.

Larry is preceded in death by his parents, Henry and Margaret McDaniel; brothers, Tony Jackson and Jimmy Shell.

Larry is survived by his daughters, Amanda Long and husband Jesse of Clinton, TN, and Caryn McVey and husband Rob of Santa Clara, CA; sisters, Shirley Anderson of Dandridge, TN, and Darlene McDaniel of Knoxville, TN; grandchildren, Billy Long, Elizabeth Long, and Soren McVey. He also leaves behind several nieces, nephews, and a host of other relatives and friends.

Larry's family and friends will have a graveside service for him at 2:00pm on Friday, February 9, 2018 at the East Tennessee State Veterans Cemetery in Knoxville, TN with full military honors. Jones Mortuary in Clinton, TN is in charge of all arrangements.

To order memorial trees or send flowers to the family in memory of Larry Wayne McDaniel, please visit our flower store.