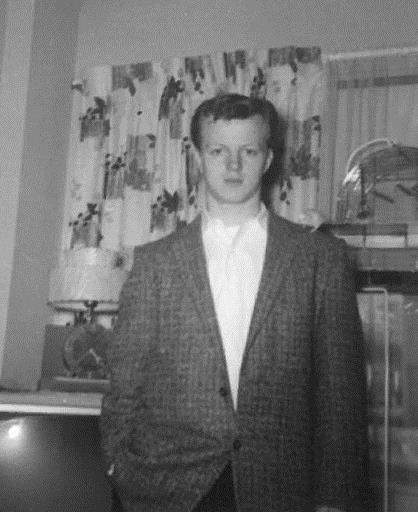 James Fowler Jr, age 72 of Clinton, TN passed away on Thursday, September 24, 2015 at his home. He loved his granddaughters. James was an avid dancer winning numerous awards participating in bandstand dance competitions. He proudly served his country in the Army & Air guards and he was a member of the American Legionnaire. James retired from K-25 in Oak Ridge, TN, where his co-workers called him “Rooster”. James was preceded in death by his parents, James and Edna Fowler: and brother, Carl Fowler. James is survived by his sons, Steve Fowler and Beth of Oak Ridge, TN, Richard Fowler and Karyn of Atlanta, GA; granddaughters, Madelyn Fowler, Ryleigh Fowler, Khloe Fowler, and Kaelyn Fowler. James family will receive his friends from 5:00 pm – 7:00 pm on Saturday, September 26, 2015 with full military honors presented at 7:00 pm in the chapel of Jones Mortuary, and a celebration of life following with Chaplain James Dunn officiating. His entombment will be Sunday, September 27, 2015 at 2 pm at the Oak Ridge Memorial Park in Oak Ridge, TN with Chaplain James Dunn officiating. Jones Mortuary in Clinton, TN is in charge of all arrangements.
To order memorial trees or send flowers to the family in memory of James Fowler Jr, please visit our flower store.