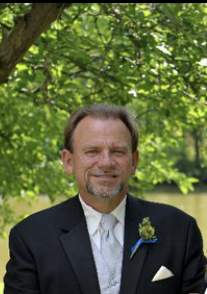 Herbert Alan Reynolds, age 63 of Livingston, TN passed away on Thursday, June 14, 2018 at Vanderbilt Critical Care Medical Center in Nashville, TN. He was a loving husband, father, grandfather and loved his granddaughter dearly. Herbert enjoyed gardening and fishing. He was an avid football fan and played football for Oak Ridge High School where he graduated in 1973. Herbert was a collector of weather news. He was a member of Fairview Freewill Baptist Church in Livingston, TN.

In lieu of flowers donations can be made to the St. Jude Children's Research Hospital.

Herbert's family will receive his friends on Monday, June 18, 2018 from 12:00pm - 2:00pm with his celebration of life following at 2:00pm in the chapel of Jones Mortuary in Clinton, TN with Pastor Derek Copeland officiating. Herbert's interment will follow his celebration of life at Norris Memorial Gardens in Norris, TN. Jones Mortuary in Clinton, TN is in charge of all arrangements.

To order memorial trees or send flowers to the family in memory of Herbert Alan Reynolds, please visit our flower store.