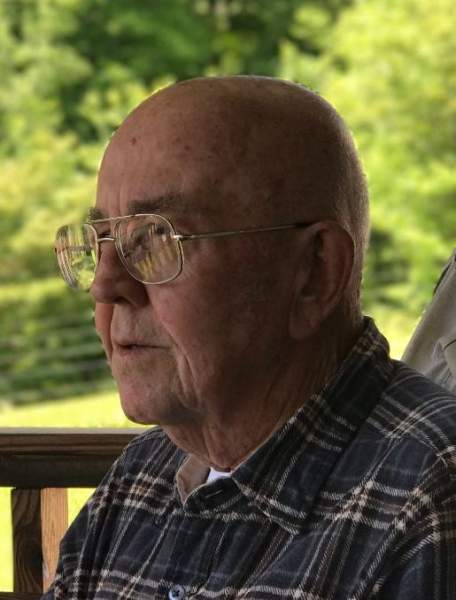 Mr. Gilbert (Gil) L. Anderson of Clinton, TN passed away June 27, 2020 at Tennova North Medical Ctr in Knoxville, TN. Mr. Anderson, a 22-year veteran of the United States Air Force (USAF), was born in Michigan and raised in Menominee, on the shores of Green Bay. Other than his many postings with the Air Force he had lived in Washington State before moving to Tennessee in 1988, and then to Clinton, TN in 1991. He was raised a Presbyterian, though there was not a Presbyterian Church in Menominee. Gil had a firm belief in God. Mr. Anderson leaves behind four sons, John Anderson of Dickerson, ND, Bret and Darlene Anderson of Hastings, MN, Bruce and Mary Anderson of Knoxville, TN and Richard and Brenda Anderson of Spokane, WA; four grandchildren and two special friends, Tommy Thurman and Phil Pearson, who looked after him for years. Preceding his death were two younger brothers, his parents, and grandparents. As a youth, Mr. Anderson took part in scouting through Sea, Cub, and Boy Scouts, which instilled in him its motto, “Always be Prepared.” After graduating high school Gil looked to the military. Being raised in a Norwegian water- orientated family it was a mild surprise when he chose the USAF, but he was told the USAF would allow him to see the world and could allow him to get an education. The service kept its commitment and Mr. Anderson accomplished both. After basic training in California Mr. Anderson requested, and was granted his first station on the East Coast of the United States in New Hampshire. It was in New Hampshire where Mr. Anderson began his education, though he amassed numerous course credits and hours at every stop in his USAF career, his only degree came in Police Administration. Through his many years of service in the Air Force Mr. Anderson served at posts in Korea, Japan, North Africa, Spain, Thailand, the Philippines, and Vietnam. While stationed in Korea he was partnered with a young airman, Carlos Ray Norris. Mr. Anderson recalled the young airman soon took on the nickname “Chuck”. Also, while serving in Korea he was assigned to the security detail of the 1957 Bob Hope Christmas Tour and was the escort for the vocalist Erin O’Brien. He was in North Africa when President John F. Kennedy was elected and Gil was then stationed in Massachusetts as part of the president’s security team at the summer White House, one of only 28 Air Force personnel selected. There were days, Mr. Anderson recalled, when a very young Caroline Kennedy would sit in his lap and move papers around on his desk or draw with markers on the clear plastic sheet covering the checklists on his desk. As a Tech Sgt, Anderson was appointed a highly secret and crucial defense position while stationed in North Dakota at the height of the Cold War. Mr. Anderson was awarded the Meritorious Service Medal for his service there. Mr. Anderson completed his service in Alaska where he was Police Superintendent. He was in that position when President Gerald Ford visited Alaska to inspect the Alaska Pipeline, and was leader while coordinating with the Secret Service for the President’s security detail. President Ford was Mr. Anderson’s congressman in Michigan when he enlisted in the Air Force. While serving his country Mr. Anderson was awarded many honors and decorations, including the Bronze Star, Republic of Vietnam Cross of Gallantry with Palm, Vietnam Service Medal, and the Republic of Vietnam Service Medal. Mr. Anderson began his Masonic journey while stationed in Massachusetts. He is a 32nd Degree Mason and has worked extensively with the Shriners, particularly with fund raising for Shriner’s Hospitals. He created his own “network” for the annual Shrine Newspaper sale and would bring in thousands of dollars each year. He also set up a network to bring in donations for the Shrine Hospital Burn Center in Cincinnati, OH. Mr. Anderson’s grandfather was the lighthouse keeper at Big Staple Point on the eastern shore of Lake Michigan in Ludington, MI, he delivered Gil’s father at the lighthouse during a blizzard on New Years Eve, and when the state of Michigan took over operation in the early 2000’s Mr. Anderson provided many artifacts and much information when the site was refurbished. Mr. Anderson was the Anderson family historian. Mr. Anderson had also worked in Washington State as a realtor, completing the Graduate Realtor Institute courses, and was licensed with the Securities Exchange Commission and the National Association of Security Dealers. While there he also completed life insurance courses for the Life Underwriters Training Council. He was also a Notary Public. Before moving to Clinton, TN to work at the post office he held several jobs in Sevier Co. When he left the Clinton post office in 1999, he worked in corporate security, his last job as safety security supervisor at the Advance Auto Parts warehouse in Andersonville, TN. Mr. Anderson was invited to dinner at the White House by President George W. Bush after the President was elected for his first term. Mr. Anderson had worked in Tennessee during Bush’s campaign. Throughout his service and work career Mr. Anderson approached each assignment, each job, by observing and listening before making suggestions or changes. He enjoyed reading watching football, hunting, fishing, and traveling. He was a member of the Veterans of Foreign Wars. His interment will be at East Tennessee Veterans Cemetery in Knoxville, TN with full military honors, on Monday, July 6, 2020 at 9:30 am. In lieu of flowers, Mr. Anderson prefers you make a donation to the Shriner’s Children Hospital Fund by contacting the Kerbela Shrine Temple in Knoxville, TN. Jones Mortuary in Clinton, TN is in charge of all arrangements.
To order memorial trees or send flowers to the family in memory of Gilbert Lee Anderson, please visit our flower store.