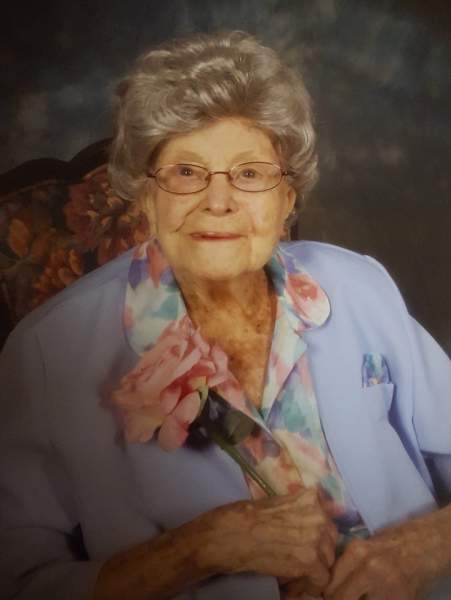 Frances Maddrey Healey age 101 of Knoxville, TN passed away on Friday, November 10, 2017 at Parkwest Medical Center in Knoxville. Frances was born in Norfolk, Virginia in 1916. She attended the Norfolk Division of the College of William & Mary, now Old Dominion University, and received a Bachelor of Science degree from the College of William & Mary. Frances was one of the first women awarded a Bachelor of Science in Chemistry from the University. She married Royal Navy Commander, Geoffrey "Tim" Healey and moved to South Africa where she resided until 1961. Frances returned to Williamsburg, VA and worked as a University Administrator in the Career Planning & Placement office for the College of William & Mary and also Old Dominion University. She also worked for Colonial Williamsburg until her retirement at the age of 82. Frances moved to Sevierville, TN eventually making her way to Knoxville. She enjoyed playing Bridge, Dominoes, and Bingo during retirement and was a lifelong member of Freemason Street Baptist Church in Norfolk, VA but regularly attended West Hills Baptist Church while living in Knoxville. Frances was preceded in death by her parents, John Thomas and Ruth Maddrey; husband, Geoffrey "Tim" Healey; brother, John B. Maddrey and sister, Mildred Butler. She is survived by her daughter and son-in-law, Clare & Dave Crawford of Knoxville, TN. Frances' family will hold a memorial service on Saturday, December 2, 2017 at 10:00am at Elmcroft, 8024 Gleason Drive, Knoxville, TN 37919.

To order memorial trees or send flowers to the family in memory of Frances Maddrey Healey, please visit our flower store.