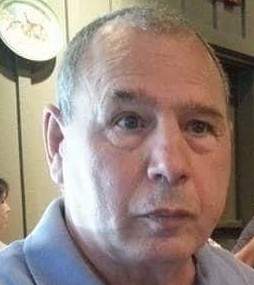 Edward Wilson Ford, age 78, of Clinton, TN took his heavenly flight and was received into the arms of Jesus on Wednesday, Fefruary 23, 2022.  Eddie was one of a kind , and an all-around good person. Eddie was of the Baptist faith, and he loved listening to his Christian CDs in his home and in the car.  He enjoyed shopping, decorating his house and porch sitting.

Eddie is preceded in death by his parents, Charles and Virgie Ford.

He is survived by his brothers, Thomas Ford of Rocky Top, TN, Ernest Ford (Brenda) of Harriman, TN, Robert H Ford of Powell, TN, and Howard Ford (Flossie) of Powell, TN; sisters, Juanita McKamey (James) of Clinton, Tn, Ilene Daugherty of Clinton, TN.  He is also survived by a host of nieces and nephews.

The family will receive friends in the Chapel of Jones Mortuary on Saturday, March 5, 2020 from 12:00 p.m. until 2:00 p.m. with the funeral service beginning at 2:00 p.m. Rev. Brian Ford officiating,  Following the funeral service, a graveside service, with full military honors, will be held at Dutch Valley United Methodist Church Cemetery in Clinton, TN.  Jones Mortuary, LLC. in Clinton, TN is in charge of arrangements

To order memorial trees or send flowers to the family in memory of Edward Wilson Ford, please visit our flower store.