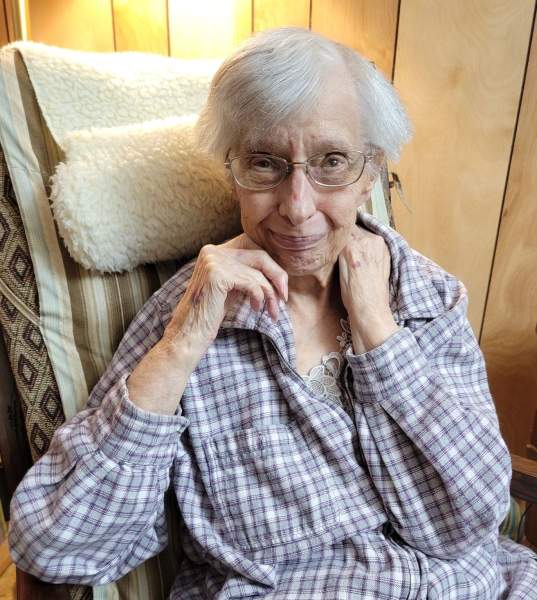 Edith Todd of Elgin TN left her earthly home and entered her eternal heavenly home on Thursday Jan 20, 2022 after a brief stay at Norris Health and Rehabilitation Center in Andersonville, TN

Edith Wade Campbell Todd was born September 28, 1932 in Middlesboro, KY. She was the 6th of 8 children born to the late Austin Sterling Campbell and wife Sarah Rousey Campbell.
From an early age Edith developed a love for reading and music. As a child she could often be found avoiding her chores with her nose buried in a book. She described growing up in Middlesboro as the best of both worlds- small town, yet country advantages. She often reminisced about the fun times she had as a child attending many Vacation Bible Schools during the summers and Saturday afternoon matinees.
After graduating Valedictorian of her class at Middlesboro High School, Edith went on to attend Berea College. While at Berea she met her future husband Charles Todd when introduced to him by his sisters Vivian and Betty Todd who were fellow classmates.
After college Edith moved to Sunbright, TN and taught one year of school there before marrying Charles Elmer Todd in 1955. After her marriage to Charles, they moved to Detroit MI where she taught another 4 years of elementary school before returning to Tennessee to help with the Todd Family Farm in Elgin. Once settled in Elgin, Edith began a 25-year teaching career at Robbins Elementary school. She then shifted her teaching career to adult education at the Morgan County Regional Correctional Facility where she was also served as the librarian until her retirement in the mid 90’s. If you ever had Mrs. Todd as a teacher, you know that inmates were no match for her stern and strict teaching reputation.
After her retirement, Edith enjoyed collecting things- LOTS of THINGS, but mostly Thomas Kinkade art, collectible plates, owl figurines, lighthouses, and she had a weakness for As Seen on TV items. She also enjoyed music, studying her bible, watching her grandkids grow up, spending time with family, birdwatching and occasionally fussing over politics.
Edith is proceeded in death by her parents Austin Sterling Campbell and Sarah Rousey Campbell
Beloved husband of 22 years Charles Elmer Todd
Son John Charles (Charmey) Todd
Sisters Patsy Givens, Marian Hood, June Surface, and brother Austin Campbell
Edith leaves behind and will be forever missed by daughter Elaine Ellis and husband David of Elgin, TN
Son Cliff and wife Jill of Clinton, TN
Grandchildren: Dawn Huckaby and husband Phillip, Matt Todd and wife Andi, Allyson Todd, David Ellis, Jr., Carly Langford and husband Jordan, Micaiah Todd, and Savanna Ellis.
Sisters Jackie Redmon of Middlesboro, KY, Katherine Rector and husband Lester of Kansas City, MO and David Campbell and wife Donna of Bowie MD
She also leaves behind several great-grandchildren and a host of nieces and nephews.
Her family will receive her friends on Monday, January 24, 2022 at Trinity Baptist Church in Scott County, TN, from 5pm – 7pm, with the funeral starting at 7pm. Reverend Dilbert Terry officiating.
Her interment will be at the Todd Family Cemetery in Scott County, TN on Tuesday, January 25, 2022 starting at 1pm
Jones Mortuary of Clinton, TN is in charge of all arrangements.

To order memorial trees or send flowers to the family in memory of Edith C Todd, please visit our flower store.