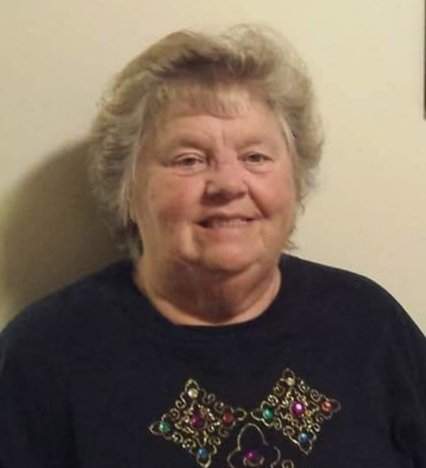 Doris Faye Cooper age 76, of Claxton, TN, died Monday, May 3, 2021. She was a member of Bishopville Baptist Church, Heiskell, TN. Born January 24, 1945 to parents Allen and Eloise Cooper in Knoxville, TN. Faye spent much of her life residing in Claxton. Her love and devotion for working with kids, in many different capacities left a lasting impact on every child lucky enough to have been one of "her kids". Faye was a true giver, readily doing for others as much as she could. She truly adored spending time with her family. She took the opportunity to have special bonds with her nieces and nephews, she enjoyed teaching them crafts, baking, the art of storytelling and singing with them. Faye was naturally gifted with a beautiful voice, often singing church hymns and playing the piano. Her hobbies included sewing, quilting, making crafts and baking. Her favorite role, after being Mom to her son Andy, was being a totally devoted, hands on grandmother to her two cherished grandchildren, Ethan and Andrea. She always had a smile on her face, a song in her heart and the eagerness to do or care for others. She was clever, witty and delighted in making people laugh. She could often be heard saying, "If I go or if I stay, I'm a winner either way". She left this world a better place just for being in it. With her, there was no good-bye, she said, "I will see you on the bright side". She was preceded in death by her parents Allen and Eloise Cooper, Claxton, TN. She is survived by her son, Andy and his wife Lindsay and her two grandchildren, Ethan and Andrea Cooper of Claxton, TN. Sisters, Jackie and caring brother-in-law Phil Herrell, Claxton, TN. Nancy Mason, Rockford, TN. Kathy Cooper, Clinton, TN. Brother, Jimmy Cooper, Claxton, TN. Special nieces and nephews, Charles (Ashley) Herrell, Claxton,TN. Lorien Smith, Clinton, TN. Amy Mason, Rockford, TN. Tommy (Angie) Herrell, Claxton, TN. Spanky (Tracy) Smith, Clinton, TN. Emily Mason, Rockford, TN. Kristen (Joey) Collins, Knoxville, TN. Allen Cooper, Rocky Top, TN. Numerous great nieces and great nephews, extended Maner and Cooper family members, as well as all of the children she claimed as "Her kids". Services will be Saturday, May 8, 2021 at Jones Mortuary, 375 N. Main Street Clinton, TN 37716. With receiving friends from 11:00a.m. until 12:00p.m. Memorial service to follow with Pastor Phil Poe officiating. Jones Mortuary is in charge of all arrangements.
To order memorial trees or send flowers to the family in memory of Doris Faye Cooper, please visit our flower store.