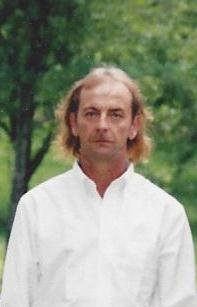 Donald “Dan” Holbrook age 77 of Andersonville, TN formerly of Totz, KY passed away at his home on Tuesday, April 26, 2016. He was a retired coal miner for 18 years with the Us Steel & Arch of Kentucky. He was a loving father, grandfather, and great grandfather. He was always a wonderful provider and protector for his family. He enjoyed hunting, fishing, and spending time with his family. He was always and advocate for children and never met a child he didn’t love. He always enjoyed spending time with babies and children and getting to know them. Dan will be missed dearly by his family. Dan was preceded in death by his parents, Patrick and Louise Combs Holbrook; his wife of 53 years, Janice Holbrook; son, Donald Holbrook Jr; and a brother, Morris Holbrook; also his faithful companion, Peppy. Dan is survived by his son, Steve Holbrook (Derrick) of Andersonville, TN; daughter, Diana Sellers (Charles) of Cumberland, KY; grandchildren, Nickie Holbrook, Wendy Mitchell (Adam), Heather Holbrook all of Andersonville, TN; Candice Sellers, and Harley Sellers, all both Cumberland, KY; great grandchildren, Timothy Mitchell, and Haley Mitchell, both of Andersonville, TN; brothers and sisters, Mack Tolliver of Burkesville, KY, Juanita Shepherd (Roy) of Gordon, KY, Paul Holbrook, La Dona Sparkman, Betty Sue Creech (Hayward), Cordell Holbrook (Loretta), all of Andersonville, TN, Ernie Holbrook (Gladys) of Hurst, TX, and Carlos Holbrook (Shannon) of Slemp, KY. He also leaves behind extended family and friends too numerous to mention, and his dog, Nemo. Dan’s family will receive his friends from 6:00 – 8:00 pm on Friday, April 29, 2016 in the chapel of Jones Mortuary, with his funeral service to follow at 8:00 pm with Rev. Freddie Bean officiating. Dan’s interment will be at 1:00 pm on Saturday, April 30th, at Andersonville Cemetery in Andersonville, TN. Jones Mortuary in Clinton, TN is in charge of all arrangements.
To order memorial trees or send flowers to the family in memory of Donald Holbrook, please visit our flower store.
Send a Sympathy Card