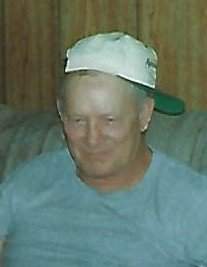 Donald Ray Wilson better known as Don, age 77, of Briceville, TN passed away on Wednesday, May 29, 2019 at the Methodist Medical Center in Oak Ridge, TN. Don was a loving husband, father, grandfather and great grandfather. He loved his family and grandkids very much. Don loved the Lord and his church, Light House Church of God in Lake City, TN where he was a member. He enjoyed watching Gunsmoke. Don had a kind heart and would help anyone in every way he could. He enjoyed life with his family, laughing and joking around.

Don's family will receive his friends from 6:00pm - 8:00pm on Friday, May 31, 2019 with his funeral service to follow at 8:00pm in the chapel of Jones Mortuary in Clinton, TN with Rev. Estel Sharpand Rev. Jamie Brewsterofficiating. Don's interment will be at 1:00pm on Saturday, June 1, 2019 at the Circle Cemetery in Briceville, TN. Jones Mortuary in Clinton, TN is in charge of all arrangements.

To order memorial trees or send flowers to the family in memory of Don Wilson, please visit our flower store.