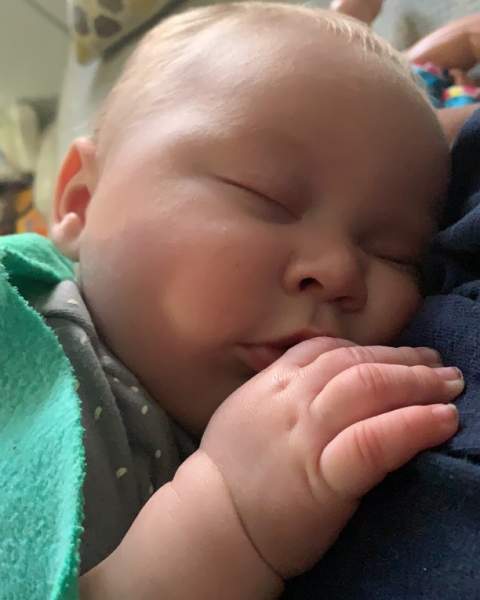 Daxton-River Zayde Hutson age 4 months of Oak Ridge, TN. went to be with the Lord on Tuesday, November 8, 2022. Daxton was the son of Roy Branum IV and his mother Justice- Anne Branum. Daxton was always smiling and had beautiful blonde hair with blue eyes just like an angel.

Along with his mother and father Daxton was survived by his grandparents: James Foust, Yolanda Foust and Chinchia Hutson. Brother Lakelyn-Lakota Branum and Sister Eraeella- Louise Branum. Including several aunts and uncles.

The family will be receiving friends on Friday, November 11, 2022, from 2pm to 4pm in the Chapel of Jones Mortuary in Clinton, TN.

Jones Mortuary, LLC of Clinton, TN. is serving the family of Daxton Hutson.

To order memorial trees or send flowers to the family in memory of Daxton-River Zayde Hutson, please visit our flower store.