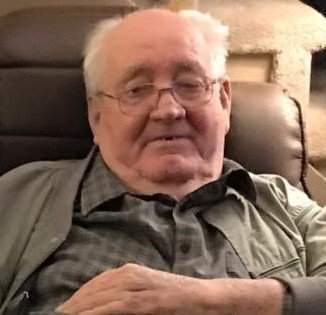 Much beloved husband, father, and popaw, Daniel Keith Lambert, 83, of Clinton, TN passed away peacefully, surrounded by family, and in the faith of our Lord and Savior Jesus Christ on Saturday, March 30, 2019 at Methodist Medical Center in Oak Ridge, TN. He was born March 6, 1936 in Marine, WV to the late William and Asia Lambert. Daniel was a proud U.S. Army Veteran and served in the Korean Conflict.

In addition to his parents, Daniel was preceded in death by his grandson, Steven DuFour; brothers, Bob, Ralph, and Ronnie; and sisters, Violet, Faye, Fern, and Sue.

A ceremony will be held on Friday, April 5 th at 9:30 AM at the East Tennessee State Veteran's Cemetery, 2200 East Governor John Sevier Hwy, Knoxville, TN 37920 with full military honors at the graveside. Jones Mortuary in Clinton, TN is in charge of all arrangements.

To order memorial trees or send flowers to the family in memory of Daniel Keith Lambert, please visit our flower store.