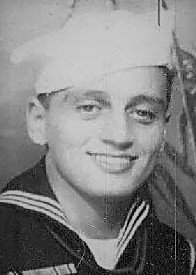 Chris J Caserta, age 95, of Oak Ridge, TN formerly of Marion, OH, passed away on March2, 2019 at The Waters of Clinton in Clinton, TN.

Chris was born to the late Bartolo and Antonia (Maniaci) Caserta on December 10, 1923, in Marion, Ohio. A World War II Veteran, Chris served in the Navy on Seaplane Tender APV 30, USS San Pablo in the Pacific Theater. He was a painter by trade working for himself. He loved to attend sulky races, play Scrabble, play pool and enjoy breakfasts at Patty Weller's restaurant both in Downtown Marion. Of Italian Sicilian decent, he enjoyed making wine with son-in-law's Steve and Dave and making Italian sausage with his brother Jim. Chris and his wife, Dorothy, former members of Hicks and Chicks Square Dance Club, enjoyed square dancing for quite some time before moving to Tennessee.

Private family graveside services will be held in Tennessee handled by Jones Mortuary in Clinton, TN. Special thanks to University of Tennessee Medical Center Hospice, The Waters of Clinton and Jones Mortuary.

Condolences can be sent to www.jonesmortuaryllc.com

Memorials are preferred to the Wounded Warrior Project in his memory at https://support.woundedwarriorproject.org

To order memorial trees or send flowers to the family in memory of Chris J Caserta, please visit our flower store.