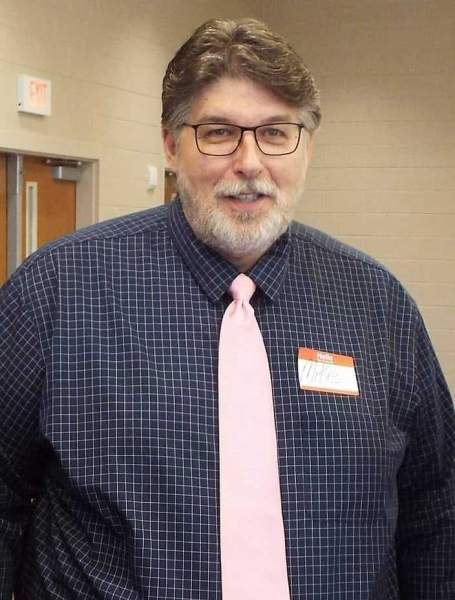 Charles Michael “BigDog” Lay, age 65, completed his earthly journey on December 5, 2020 after a valiant battle against Pancreatic Cancer. He was born on November 5, 1955 to his parents, Charles David and Ocia Helen (Duncan) Lay, who have now greeted him in heaven. Except for a few early years in Louisville, KY, Mike grew up in Scott County, TN. Starting as a young teen, he spent many happy days on the Oneida Golf Course mowing, sneaking up on friends with golf carts, and golfing. He graduated from Oneida High School then attended Roane State Community College before graduating from Stetson University in Deland, FL. Mike joined the basketball team in his senior year of high school and continued to play through college. Anyone who met him was blessed with a collection of stories about his treasured teammates and their antics on the court. After college, Mike returned to Scott County where he raised his own family with his college sweetheart, Barbara Billings Lay. He continued to golf as often as possible. He taught high school math and coached basketball for a couple of years before discovering his niche in computer sciences. It was during this career as an educator that he became well known as “BigDog.” He retired as the Technology Coordinator for Scott County Schools in 2009 after sharing his trademark stories and sayings with generations of Scott Countians. His encore career was as an education consultant for technology companies in Tennessee. BigDog travelled all over the state sharing his knowledge of and excitement for technology with nearly every school system in Tennessee. Mike had an uncanny talent for remembering and recalling the IP addresses within school systems across the state, which exit number along the TN interstates had the best coffee and cleanest restrooms, or the name and specialty of restaurants along the way. Mike has lived in Clinton, TN since April, 2011 when he married Patricia (Bennett) Lay. In addition to his wife, he is survived by beloved children: Catherine (Sheila) Lay-Shirk, David (Britney) Lay, and Meagan Lay; step-children: Jill (Evan Rudd) Ferrie, and Scott (Tailor) Ferrie; grandchildren: Joe, Jenna, and Killian; loving brother, JD (Karen) Lay; nephew, Dustin (Bridget) Lay; niece, Crystal (Joe) Hill; great niece, Julia; and great nephews: Lucas, William, Waylan, and Wyatt. As BigDog continues to ‘Tee it High and Let it Fly’ in his new heavenly home, we will gather to celebrate Mike’s earthly life on Tuesday, December 8th at Jones Mortuary (375 N Main Street, Clinton, TN). The family will receive friends from 5:00-7:00pm with a celebratory service beginning at 7:00pm. In lieu of flowers, please consider making a donation to the Anderson County Relay for Life—American Cancer Society. Online condolences for the family may be expressed at www.jonesmortuaryllc.com. Jones Mortuary in Clinton, TN is in charge of all arrangements.
To order memorial trees or send flowers to the family in memory of Charles Michael Lay, please visit our flower store.