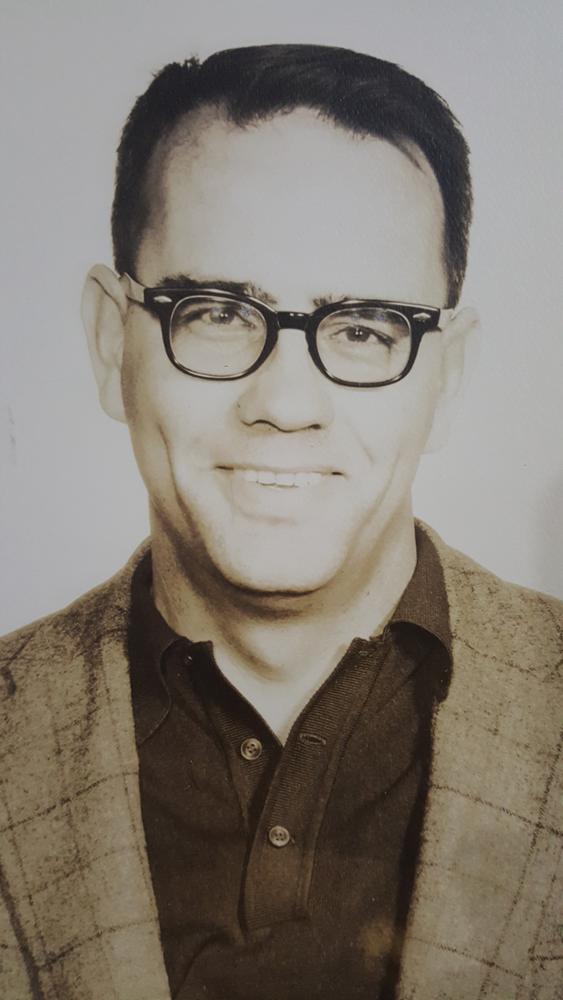 Alvin James Norris “A.J.”,85 Years Old, of Louisville, TN & Former Oak Ridge TN Resident, passed away on July 5th, 2016, of natural causes, in his home with Family & Friends. The funeral service will be held on Friday the 8th of July at Jones Mortuary, Clinton TN. David Hutsell of The LORDS Disciples will be officiating from 11AM to 1PM with procession to follow at Anderson Memorial Gardens at 3PM. Funeral arrangements are being handled by Jones Funeral Home of Clinton TN A.J. was born in Lynch KY on January 18th, 1931, moving to Oak Ridge TN at young age. A.J. lived in the Trailer Park which is now home to the Oak Ridge Civic Center Walking Path and worked at the White Stores in Oak Ridge. He graduated from Oak Ridge High School and continued on to receive a Master’s Degree in Electrical Engineering from University of Michigan & University of Tennessee. A.J. was married to Katherine Adele Lewis / Norris for 17 Years which, unfortunately, ended in divorce. A.J. spent a unspecified amount of time in the Armed Forces from the early 50’s to the late 60’s with various branches including the U.S. ARMY & NAVY, working on missions and projects that were (and still are) classified. A.J. was in the developmental stages of I&E and was a Design Engineer Supervisor for I&E (Instrumentation / Electrical) Engineering at Union Carbide, Martin Marietta for 38 years and retired early with many accomplishments, having been ‘instrumental’ in changing the way that we live today - with modern conveniences. A.J. liked Boating, Tennis, Bowling, and Swimming he was a competition marksman as well. He also enjoyed time with his Family & Friends and was known as a “Staple” in the community that always gave to those in need. A.J. is survived by his Son / Daughter In-law Steve & Sandy Norris of Louisville, TN, Daughters - Kim Norris of Oak Ridge & Linda Norris of Knoxville , TN – Grandchildren, Christian J. Norris of Louisville TN, Jessica L. Norris Of Madisonville, TN and Brandon Edrington of Maryville, TN --- A Great Grandchild Willow Brook Edrington and other Family and Friends. A.J. is preceded in death by Wesley Norris “Father”, Gertrude Norris / Scott “Mother”, Jim Vines “Nephew”, Kay Vines “Sister” & his Grandson Bryan Norris. In lieu of flowers memorial donations may be given to OUR Veterans. Thank You! Jones Mortuary in Clinton, TN is in charge of all arrangements.
To order memorial trees or send flowers to the family in memory of A.J. Alvin James Norris, please visit our flower store.
Send a Sympathy Card