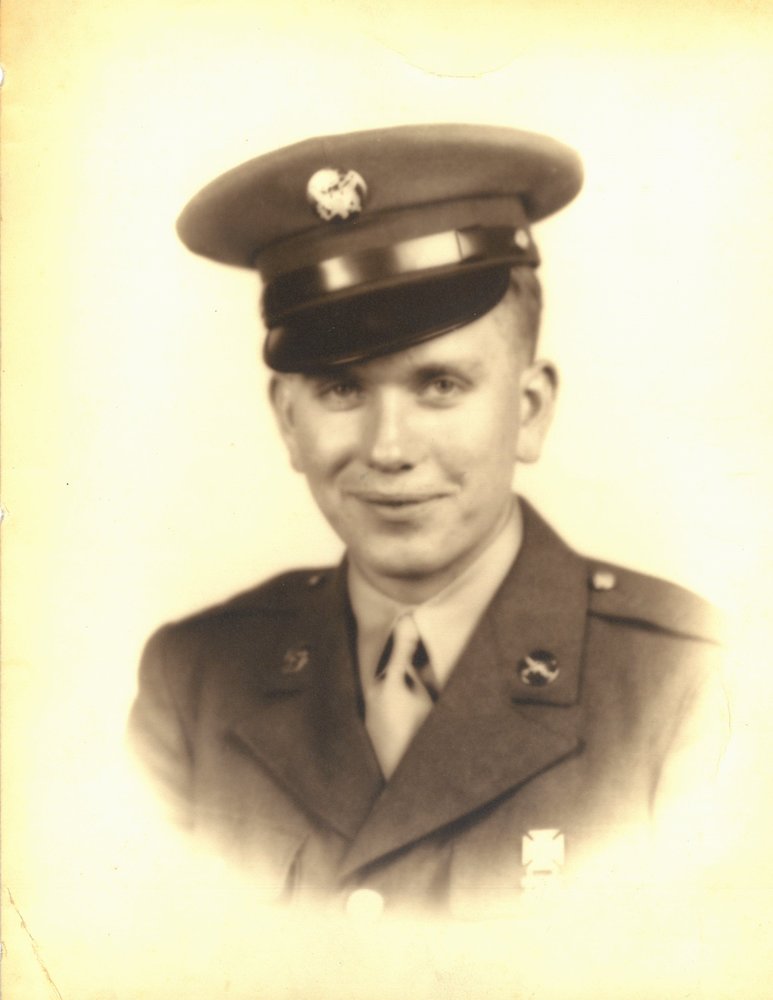 Hubert Duncan Jr age 96 of Clinton, TN passed away on Friday, January 4, 2019 at his home in Clinton. He proudly served his country in the U.S. Army during World War II from 1943 - 1946. Hubert was a PFC, in the Anti-Aircraft Unit and fought 3 major battles, Normandy, France, and Rhineland. His family had a business, Duncan Coal Company that he helped own and operate. He loved his family and was very proud of his children and grandchildren and enjoyed sharing stories with them about growing up in Clinton. Hubert was an avid hunter and fisherman and helped build the Alcoa Plant. He was a member of First Baptist Church in Clinton, TN.

Hubert is preceded in death by his parents, Hubert and Eva Duncan; brothers, Chalmer Duncan and Carl Lester Duncan; and sister Louise Hankins.

The family would like to thank Avalon Hospice for the great care they had given Hubert during his illness. In lieu of flowers donations can be made to Shriners Children's Hospital.

Hubert's family will receive friends on Monday, January 7, 2019 from 5:00pm - 7:00pm in the chapel of Jones Mortuary with his funeral service following at 7:00pm with Mark Nickell and Keith Nickell officiating. Hubert's interment will on Tuesday, January 8, 2019 at 1:00pm at Farmer's Grove Baptist Church Cemetery in Clinton, TN with full military honors. Jones Mortuary in Clinton, TN is in charge of all arrangements.

To order memorial trees or send flowers to the family in memory of Hubert Duncan Jr, please visit our flower store.
Send a Sympathy Card