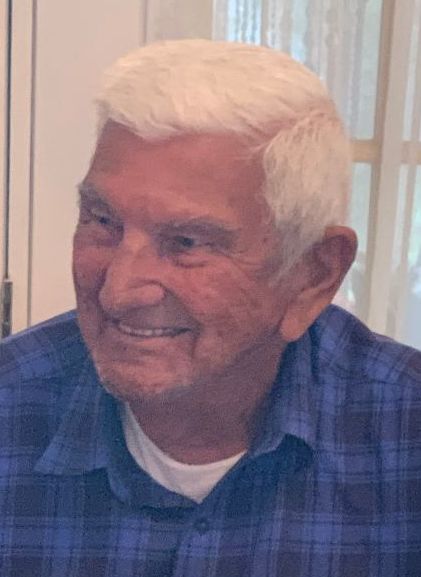 Francis Wallace age 93 of Clinton, TN went to his Heavenly home on July 30, 2020. Francis was known for his amazing sense of humor and love of people. He was a veteran of the United States Air Force. Francis is preceded in death by his first wife and mother of his children Madeline Wallace, second wife Margaret Pyles Wallace, six brothers and three sisters. He is survived and will be greatly missed by his son, Francis Wallace, Jr. of Clinton, TN ; daughter, Deborah Louise Richardson of Clinton, TN; sister, Elsie Sharp Brown of Knoxville, TN; one grandchild and three great-grandchildren. The family will receive friends at Red Hill Baptist Church in Andersonville, TN on Tuesday, August 4th from 12:00-2:00pm, funeral service will start at 2:00pm and interment with military honors will follow at Red Hill Baptist Church Cemetery. Online condolences for the family may be expressed at www.jonesmortuaryllc.com. Jones Mortuary in Clinton, TN is in charge of all arrangements.
To order memorial trees or send flowers to the family in memory of Francis Wallace, please visit our flower store.
Send a Sympathy Card