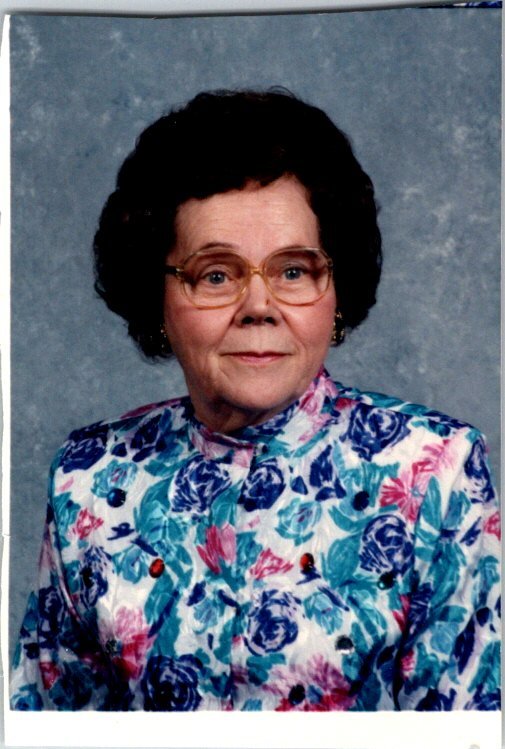 Edna Irwin, age 97, of Clinton, TN, passed away on Friday, October 30, 2020 in Clinton TN. She enjoyed Piece Quilting and Flower gardening. She also loved working in church when she was able, and spending time with her family. Edna was a loving wife and aunt. She was a member of Second Baptist Church in Clinton, TN. Edna is preceded in death by her parents, William Henderson and Lula (Cooper) Henderson; husband, Milas Irwin; sister, Helen Ridenour; brothers, Tony Henderson, Howard Henderson, George Henderson, and W.L. Henderson. She is survived by her sister in law, Bonnie Henderson of Clinton, TN; several nieces and nephews; special friends, Claire Lee Lumpkin of Clinton, TN, Freda Keith of Clinton, TN. June Dotson of Clinton, TN Family and friends can call at their convenience on Sunday, November 1,2020 from 3pm-5pm in the chapel of Jones Mortuary. Graveside services will be on Monday, November 2,2020 at 1Pm at Crawford Cemetery in Oak Ridge, TN with Reverend Mike Thompson and Reverend Gary Swaggerty officiating. Jones Mortuary in Clinton, TN is in charge of all arrangements
To order memorial trees or send flowers to the family in memory of Edna H. Irwin, please visit our flower store.
Send a Sympathy Card